"I can tell you the story of the beginning."
— Johan Swärd 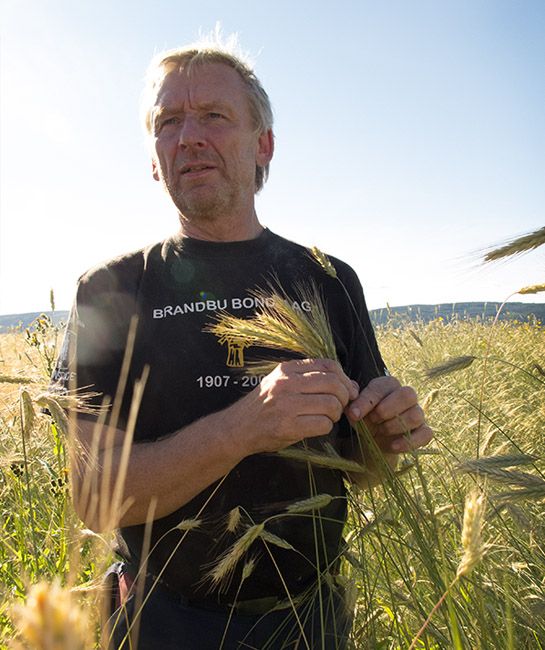 Rye is one of the newest grains we have, having only been cultivated for 2,000-3,000 years. At first, rye was just a weed growing in Central Asian wheat fields. But the farther wheat production traveled north, to cold climates with short summers, the clearer it became that this weed was outpacing the wheat. Eventually, people in those regions began to produce rye instead.

Just about all old styles of farming centered around shifting cultivation, where people would burn the vegetation, and then sow seeds in the ash. Grain production required this method almost exclusively. Farmers in Northern Europe and Northern Asia normally burned town broadleaf trees, not conifers, which produced ash that was too acidic. But after some time, it became clear that one could get a certain type of rye to produce well in the ash of the conifers. This we call Finnish rye.

Finnish Rye was developed in Central Russia more than 1,000 years ago. This rye gave new agency to people in this region, because one could suddenly produce quite a lot of food where it wasn't possible before. This rye spread from central Russia and quickly reached Eastern Finland, in a region called Karelan located on the border between what is present-day Russia and Finland. This Finnish rye brought with it a rapid increase in population.

By the beginning of the 1500s, the population in this area had grown so much, that there was a lack of suitable areas for shifting cultivation (the practice of slash-and-burn as a way of field preparation). In 1521, present-day Finland (which was then a part of Sweden) broke free from Denmark, which had ruled over the Scandinavian countries for over 200 years. The new Swedish king, for strategic reasons, created incentives for people to start new farms. These incentives, together with the overpopulation of Karelan, encouraged the people there to migrate west. First, they traveled to western Finland, but there were not so many large forested areas there. So they continued on to present-day Sweden. Most of these sub-alpine Swedish forests were filled with Finns within 50 short years.

By 1580, the laws regulating migration in Sweden were changed, making it more difficult for communities to relocate. The Finnish people who had migrated to these forested areas prior to the new regulations continued to spread further west. And between the years 1630-40, very many came over the border to Norway, which at the time was still part of Denmark. In this eastern part of present-day Norway, most of the high-altitude forested ridges came to be inhabited by Finnish people who made their living by producing the Finnish rye. During the 1700s, the practice of shifting cultivation was forbidden by the authorities (possibly because it took at least 150 years for forests to regenerate after being cleared for grain farming). However, the cultivation of Finnish rye continued for several hundred more years, until about 1914.

And now we come to the rediscovery of this rye…

In the 1970s, Per Martin Tvengsberg, living in the eastern-most region of Norway, was interested in local history, came across an old grain-drying sauna that dated back to the early 1900s. Drying grain is an important in these northern areas, because one can almost never harvest dry grain, and dry grain is crucial to ensuring effective storage. Per Martin was curious to see if perhaps a few grains of this old rye might still be lying in the old building. So he went to this sauna, and after talking to the owner a bit, got permission to look into it. They cleaned and searched every corner, but they found no grain - likely the mice had eaten any remains long ago. Per Martin got permission to take up the floor boards. Between the boards of the floor, he found 9 grains! He then carefully planted these precious seeds to see if, on the off-chance, any would germinate. There was life in 7 of the grains.

Per Martin man lived in the city of Hamar. After the discovery of the 7 viable seeds of Finnish rye, he convinced the gardeners at a local church to start tending to these sprouts. After several years of this, they had built up a decent supply of the grain. Eventually, the descendants of these 7 seeds made it into the Svalbard Global Seed bank. About 15 years ago, farmer Johan Swärd obtained a deciliter of this Finnish rye grain, which he began cultivating at his farm, Aschim West.

A few of Johan's observations about rye ...

I have found over 5000 kernels on one plant. But there are people who have found over 10,000. This means that, in a short amount of time, a grower can increase their amount of grain store exponentially, constrained primarily by the acreage available to them. People used to say that if all you had were the rye kernels you could fit into your pocket, you could survive. 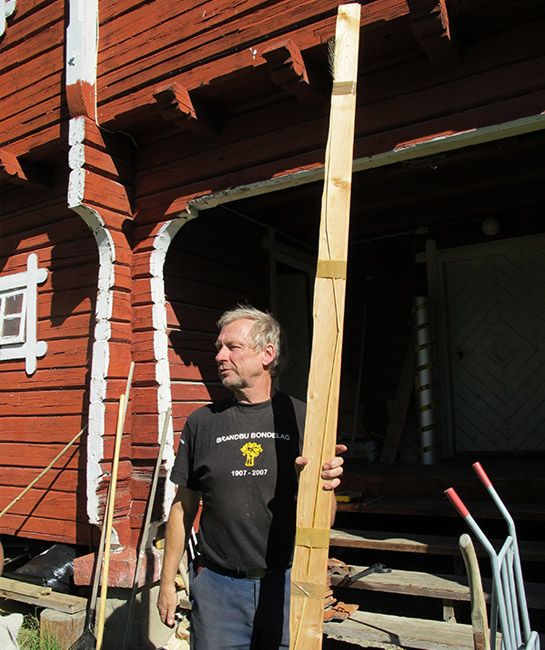 On Sowing and Timing

There are also different stories about how far apart one should sow these kernels, when you sow them in the recently burnt field. Some wisdom says that a farmer should sow one seed per foot. Others dictate that one should sow 11 seeds in an area equal to the skin on a calf.

To make a field of grain, sow the kernels in the forested area, after burning what you've cut down. Cut down the forest in late winter; it should be dried for at least one summer. If it's a rainy summer, then you wait two years, and then you can burn it all. This is winter rye, and you should sow it at about mid-summer. You should try to sow it when there's a rain coming. And there are stories about the old farmers, who had special methods find out when the rain was coming. One story is that they used this drum skin. They'd put the kernels on it, and make a special sound, and they could see from the shape of it, if there was coming rain. Subsequently, this has been scientifically shown that it works. If there is a change in air pressure, different patterns emerge. 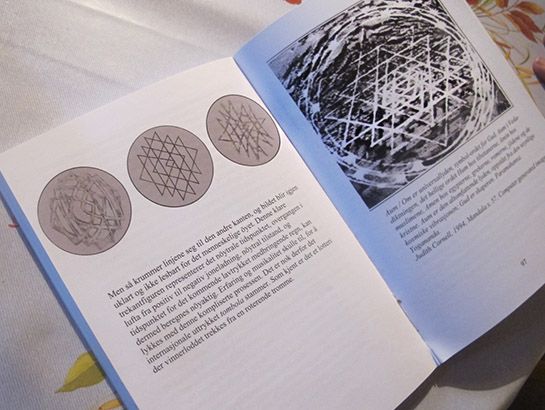 In late late autumn, after the field has been sown and the young rye has germinated, let the sheep graze there. Grazing stimulates more stalks from each plant. And then next summer, you get the harvest.