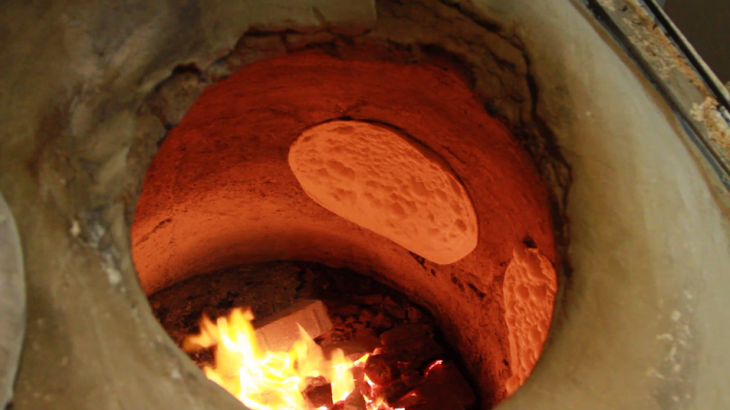 Four years ago, the owner of Newroz Restaurant lamented the dearth of local oven-makers skilled enough to replicate the traditional Kurdish tandoor oven necessary to bake proper naan. Because of the difficulty of building such an oven, the owner decided to go straight to the source, and the restaurant imported a fully-constructed clay oven from Syria. Today, Newroz proudly boasts one of the only such ovens in Oslo. 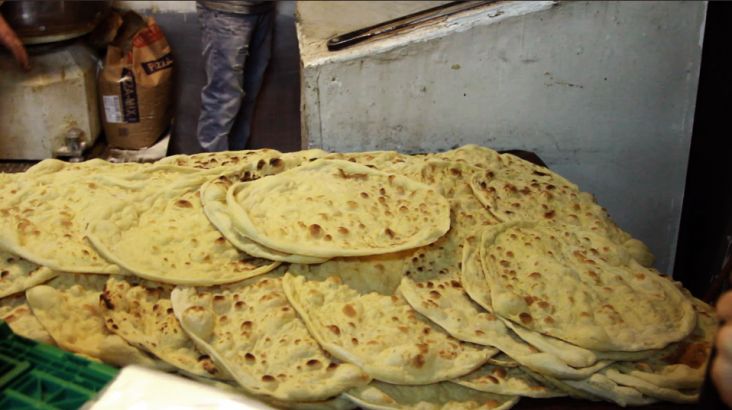 Naan bread is made daily at Newroz, just as it has been for generations in the region of Kurdistan. Large, steaming rounds emerge from the white tiled kitchen with an order of kebob and a round of mint tea. In the bread room, several men orchestrate the creation of the the age-old naan using relatively new methods: an industrial mixer for the dough, Regal-brand Norwegian white flour, and baking soda instead of yeast. The mixing and rising processes are relatively quick: just two 5-10 minute rises for the dough before it's coaxed into the classic flatbread form and slapped against the inside of the tandoor. And, unlike the ovens of old that were powered by wood, this one is connected to the gas supply and runs 24 hours a day. Since it takes many hours to bring the oven's inner temperature back to the proper heat, maintaining this consistent heat is necessary for successful baking.

Newroz Restaurant can be found near Zagros Bakery, in the Gamlebyen neighborhood.